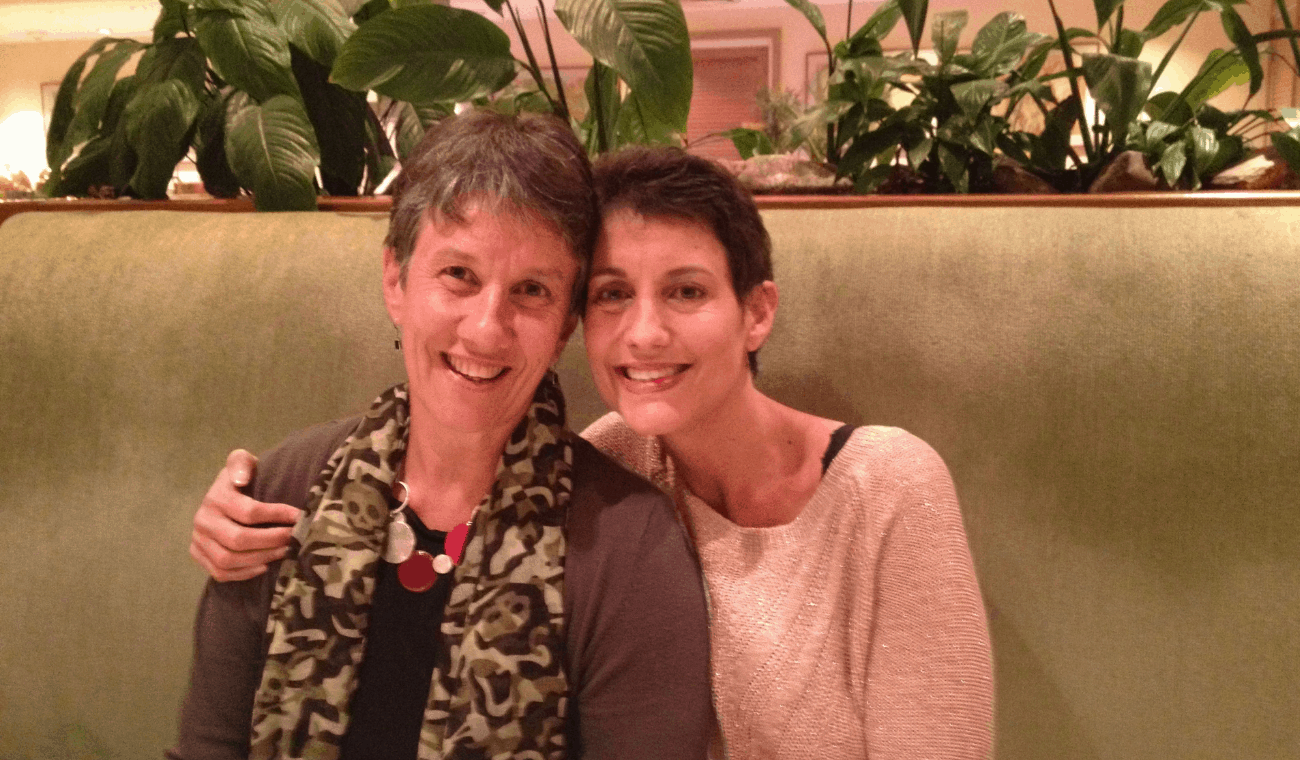 This piece was first published by the New Zealand Herald on the 14 October 2020 and the journalist Carolyne Meng-Yee has kindly provided permission for us to republish here.

As her lungs filled up with fluid and the sound of death came closer, Shirley and Larry Seales told their daughter, Lecretia, “We love you. You have our permission to go now.”

“Those last days are not what you want to see your child go through. I loved Cretia to pieces, you don’t want to give up and lessen the time you have but when it gets that bad you don’t want to hang on either. It’s just cruel.”

Lecretia (Cretia) Seales, 42, lived for the law and died campaigning for voluntary euthanasia.

The tenacious high-powered law reformer had previously worked with Sir John Key and Sir Geoffrey Palmer. In 2011 she was diagnosed with an aggressive and lethal brain tumour. Five years after Lecretia’s death New Zealanders will this week have the choice to vote for or against the legislation of voluntary euthanasia.

Regardless of whether the government is Labour or National-led, the public referendum on October 17 is binding. If there is a “yes” vote, the End of Life Choice Act will come into force in October 2021.

Lecretia’s parents, who never imagined their “incredibly private” daughter would become the poster-girl for euthanasia, are urging Kiwis to tick “yes” on Saturday.

“It used to hurt to see all the photos but we have got used to it and we are incredibly proud but it’s not about Cretia,” says Shirley.

“We want it to pass, we would feel like it was part of the legacy for her – there are so many people suffering, it should be available.”

The couple say they are tired of the emotive arguments that euthanasia is an abuse of the elderly, mentally ill and disabled.

“It’s not compulsory so you don’t have to do it,” says Larry.

“But you don’t have to stop someone else’s right to do it – you are not eligible unless you are dying of some terminal illness. This whole slippery slope argument is somehow once you do this you are going to bop off old people, your disabled, that it’s going to encourage more suicides is just scaremongering. It’s not based on fact.

“Those arguments were raised in Lecretia’s court case. If you looked at Oregon who have had this for years – there was no evidence there. The same arguments get thrown up all the time,” Shirley says.

Shirley believes that, if Act Leader David Seymour’s proposed law had been in place before Lecretia’s death, she wouldn’t have actually made use of it.
She just wanted the choice.

And there’s no need for a “cooling off ” period like Victoria because the safeguards are robust enough, she says.

“The bill is not as loose as Lecretia would have liked. She would have liked to be given a directive if she lost her mind and she couldn’t give her informed consent. She wanted Matt [Vickers, her husband] to be able to do it on her behalf but that’s not possible under this legislation. Cretia felt bad for people with degenerative diseases that some of those people suffer so much but at least if we can help the terminally ill and unbearable pain then that’s a start.”

Despite polls showing Kiwis are in favour of euthanasia, Shirley is worried New Zealanders will become complacent. “When we get polls that say 67 per cent are in favour, people might think a vote might not make any difference – but it does.”

Lecretia was born on April 4, 1973, the eldest of three siblings, Jeremy and Kat. At primary school she was shy and wouldn’t answer her name on the school roll. Larry says it’s his fault – he named his eldest daughter Lecretia after a song by Three Dog Night.

“Cretia would say, ‘Why don’t you call me something like Jane, people wouldn’t start a conversation with my name and I would quietly sit in the corner and nobody would notice me,'” he says.

At age 10 Lecretia knew she wanted to be a lawyer.

She loved reading and methodically alphabetised her books like a librarian.

Shirley misses her “beautiful” daughter who had a social conscience and fought for the underdog.

“When she walked into a room people would turn to look at her. She was stunning, naturally beautiful but unaware of people looking at her. When she got sick, I would watch people look at her with pity because she was limping and she had lost her hair. But she was oblivious to it. She didn’t care, she was happy in herself.”

Lecretia wanted to be a mother like her mother but was robbed of life and giving life.

Shirley says, “Cretia thought having a terminal illness was nowhere as bad as not being able to have children.”

Lecretia’s illness began with blinding headaches and deteriorating vision – her optometrist put it down to her being “overworked”. She lost her sense of direction and at times would get into the wrong car or catch the wrong bus home. She limited her water intake at work because she would get disoriented after using the bathroom.

In March 2011 she had surgery to remove a tumour that was pressing on her spinal cord.

The operation was risky because the tumour was huge and occupied a huge part of her brain.

“If she didn’t have the surgery she would’ve died within weeks. After surgery, she could’ve been left with paralysis or be completely blind or she could’ve died. She had six weeks of radiation, which left her head severely burned and she lost her short-term memory,” Shirley says.

Lecretia was worried about losing her mind and becoming a “mad” woman.

“She worried if the pain became unbearable, she would be filled up with drugs and be lying there not knowing where she was, not recognising her loved ones so to her that wasn’t living at all. The idea of saying crazy things and not being of sound mind wasn’t her and Lecretia liked being in control.”

Larry and Shirley want to thank Matt Vickers, Lecretia’s husband, who supported her in life and in death.

“He’s done an admirable job. Lecretia gave him permission to go find a new life, go find a wife and start a family.”

Vickers spent more than five years campaigning with her, they said. “He was beside Cretia before she died, which was amazing.”

Shirley says Lecretia sits on her shoulder and they talk.

“When I am driving to work and the sun is rising and it’s a beautiful day – Lecretia loved the sunshine and being in it – I think to myself Lecretia would love this today, you really would.”

The referendum: At a glance

The referendum question will be: “Do you support the End of Life Choice Act 2019 coming into force?” This piece of legislation has already been passed by Parliament but needs majority public support to come into force.

The act would allow a person with a terminal illness to request assisted dying. To be eligible, they would need approval from two doctors who must apply safeguards, which include competency and no evidence of coercion.

For:
• Allows people to die with dignity and without extreme suffering.
• Gives them control over when and how they die.
• Safeguards will prevent vulnerable or disabled people from being pressured into ending their lives.
• There is no evidence of a “slippery slope”: laws can be broadened only with public and political support.
• Polls consistently show majority public support for voluntary euthanasia in New Zealand.

Against:
• Vulnerable, disabled elderly could be pressured to end their own lives.
• Some people could feel a “duty to die” because they believe they are a burden.
• Assisted dying could be used to save healthcare costs and could worsen discrimination against Māori and Pacific people.
• The law could be broadened to cover more groups, such as mentally ill or younger people.
• There is no “cooling down” period so patients may end their life on a whim